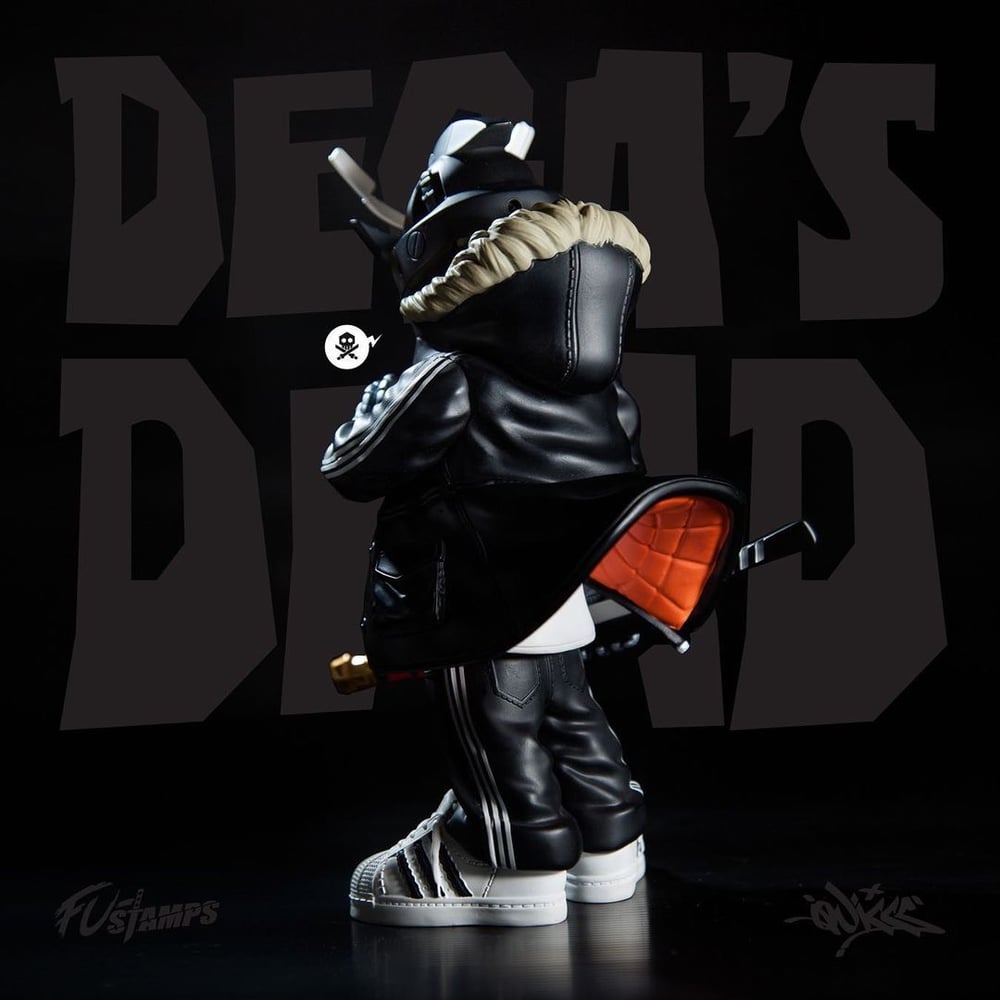 Dega's Dead is the first incarnation of the @fu_stamps and the Bulletpunk Universe crossover series!

In the not too distant future, a time warp will pin TEQ63 and Dega against each other, resulting in an epic battle over supremacy. At the end of their legendary fight, TEQ63 will stand victoriously. Because he is impressed with his adversary’s honorable spirit, he will fuse Dega’s body with his own technology, spawning the perfect union between man and machine, calling itself “The DegaTEQ!”

Figure stands at 7 inches tall
Made of solid Resin
With Deluxe box with padded foam.